A dupe of Benefit Roller Lash? 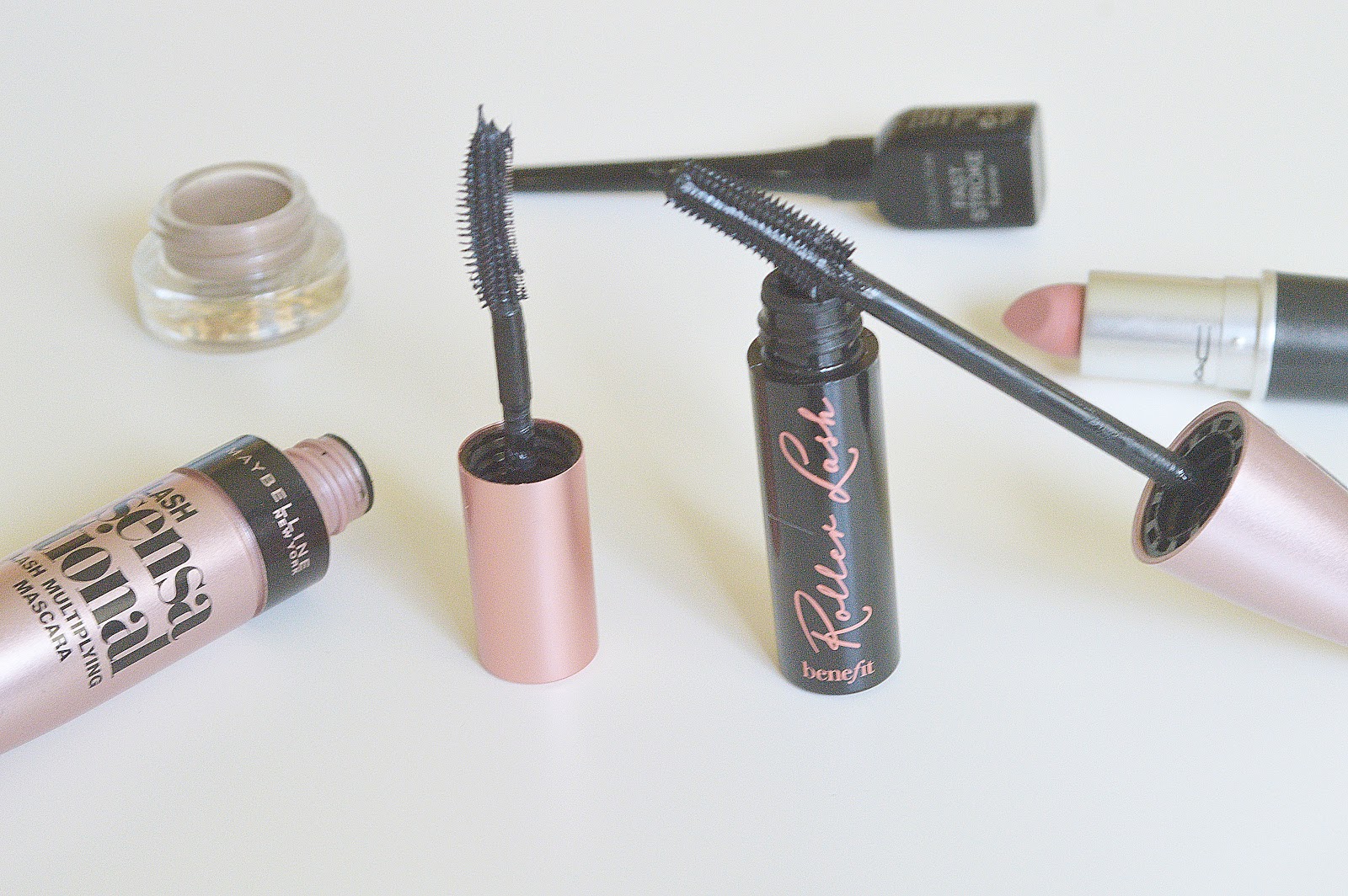 A claim made by everyone who has tried Lash Sensational by Maybelline is that it’s a pretty decent dupe for the Benefit mascara that is Rollerlash. You know what I’m not seeing though, comparison posts. In an attempt to change that I thought I’d give you my two pennies worth on, possibly, the most talked about dupe of this year.

Now just to confuse you all I rested the Lash Sensational wand on the Roller Lash tube. Sorry guys. Aside from that, everything else will be straightforward. I promise. Let’s start with the comparisons. They both hold a curl like a dream, and in the mornings when I’m feeling particularly lazy (I wake up at 3am okay, it’s allowed) a quick stroke of this means I can skip the actual lash curlers. A quick disclaimer too, I’ve never come across a mascara that sheds, I don’t know if I’m insanely lucky or I’m just picking up the right mascaras, but these two don’t. If that’s on your tick list, consider it checked off. They also both have a curled wand so you can really wiggle it about and catch those lashes that always seem to get missed. Volumising is the game with these lashes, and they also aren’t bad on the lengthening front either.

I can hear you pondering about what’s different and well not a lot. I should point out the Lash Sensational is a more wet formula and as a result it can start to get minimally clumpy. Nothing major, just a little bit of mascara can kind of collect together but then when you brush the wand through, it looks perfectly fine again. The price is also a massive difference. We’re talking £11 pound if I’m not mistaken, so the clumpiness is something I’m more than happy to overlook.

I really do like Roller Lash, but I’m not paying £19 for it. Lash Sensational is the first mascara I’ve ever thought about being loyal to, and round here that’s a big deal. I’ve even repurchased a bottle of it, and in jodie loue land that’s just something that never happens when it comes to mascara. The hype is real, so try it out, it is £11 cheaper after all.

Have you tried either of these mascaras? What’s your favourite?

Previous Jumping on the Bandwagon | Tweezerman Tweezers
Next Bedside Beauty

Some Sort of a Haircare Routine