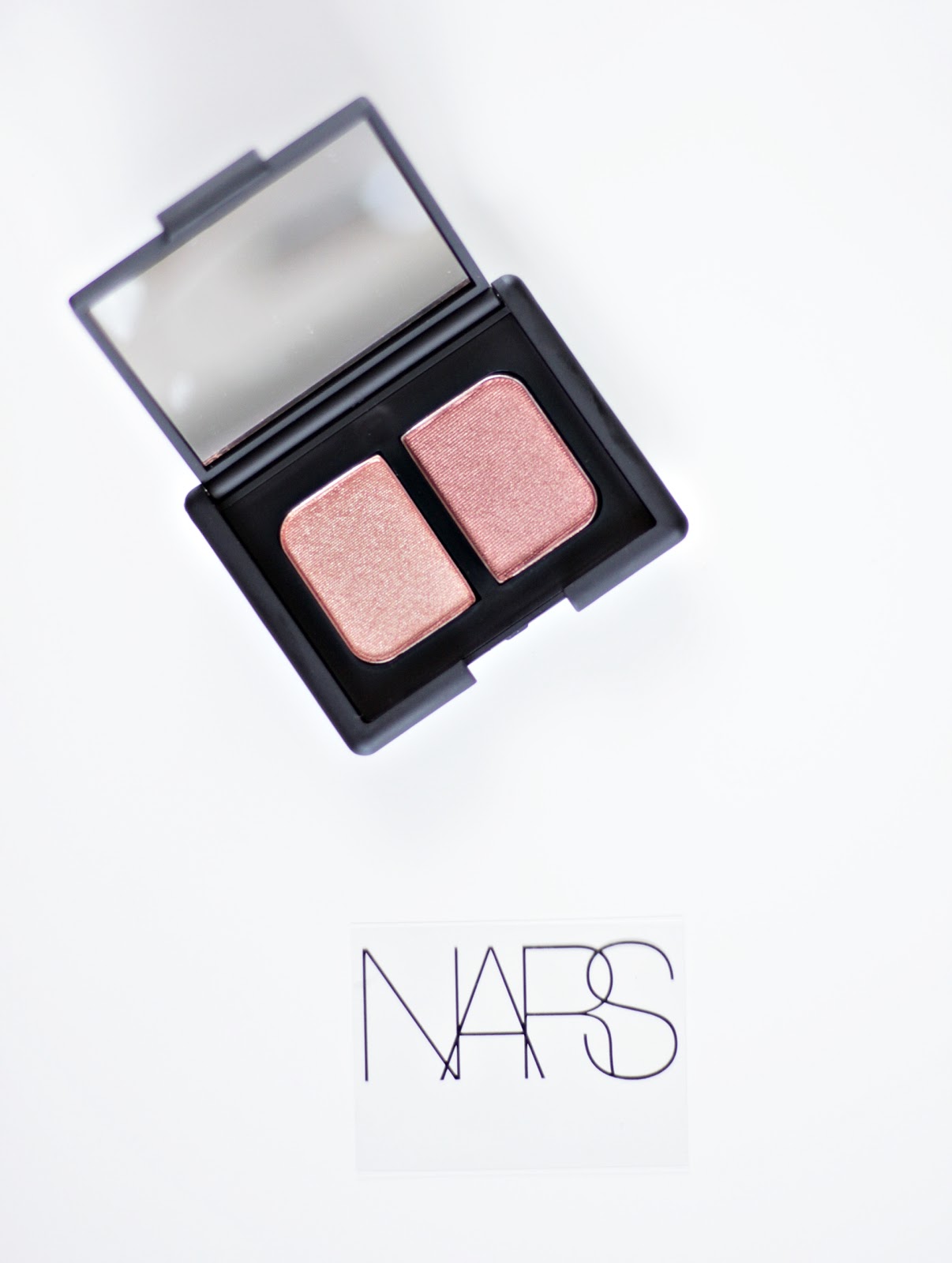 And so the NARS obsession begins. James kindly bought the shade Isolde for me as a birthday present. I say ‘bought’, he pretty much gave me the money and told me to pick what I wanted. Now Silk Road and Alahambra were both out of stock, but by some miracle Isolde wasn’t. Yeah, that’s right. The hardest eye shadow duo to track down was in stock, do I have to thank Zoella for not mentioning it for a while?

I do love NARS packaging, the simplicity of black is just so appealing, until it’s got my fingerprints all over it, but I can live with that because I finally own something from NARS *excited dance*. Isolde is described as housing two shades. A ‘frosted ginger’ (left) and a ‘shimmering copper’. I’d say both descriptions are pretty on the money. The pigmentation of both of these are off the wall, the shimmer is pretty darn fine, and the formula is buttery soft.

They last for what feels like forever. With the exception of my Charlotte Tilbury palette, this has to be the longest wearing eye shadow I own. Now I have green eyes, and I think both of these shades compliment them so well. I’m a little partial to warmer shadows lately, and this is the one I keep on reaching for. I use the lighter shade as a base, and use the coppery shade for my crease, it’s so effortless and with my new MAC 217 brush (another gift from James), I feel like I’m winning when it comes to the eye shadow department.

Have you tried Isolde?