Nivea Shave Balm as a Primer. 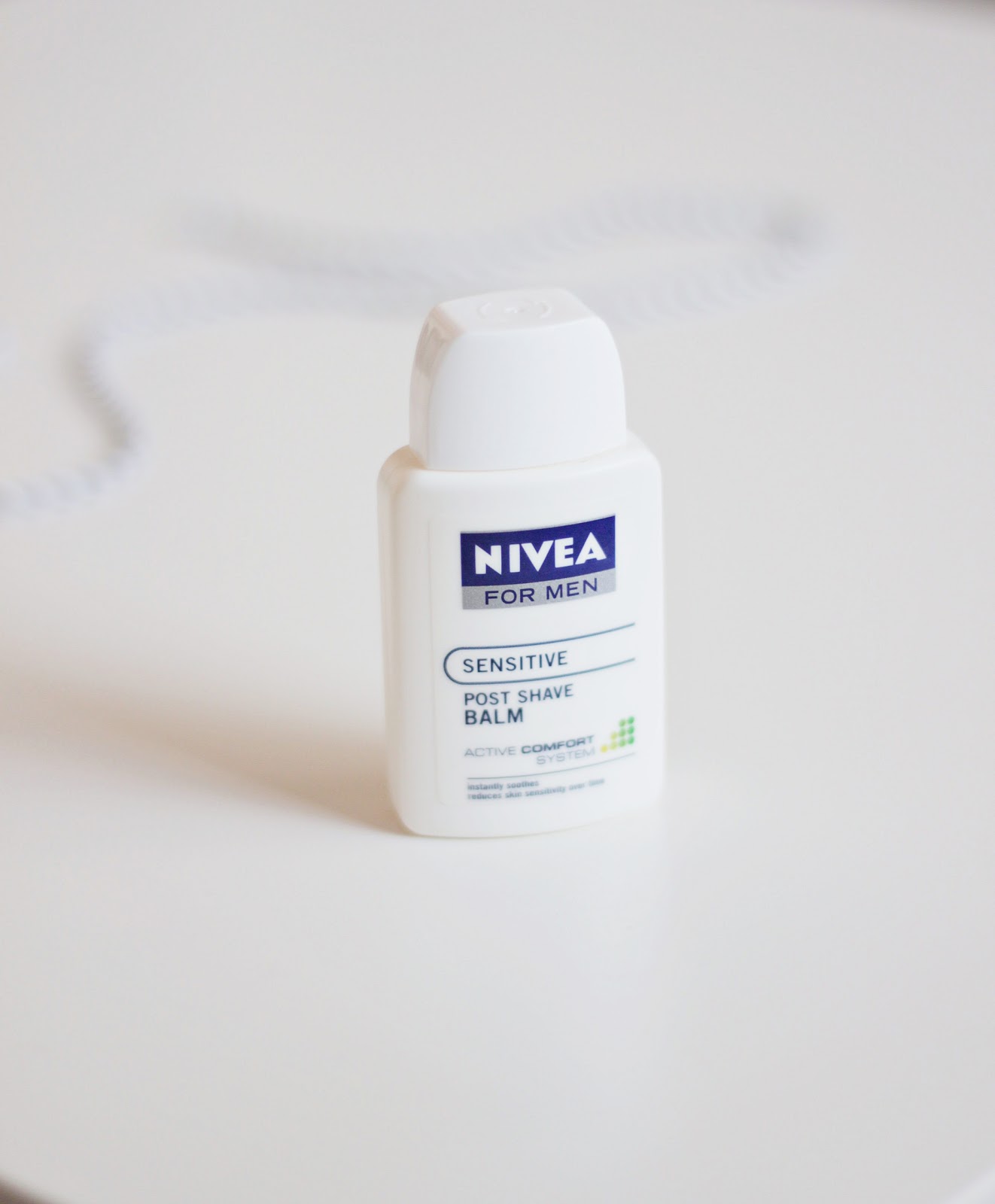 The beauty world kind of went a little crazy for this didn’t it, after NikkiTutorials used it as a primer? Everyone was singing it’s praises, and well, I like to be a little in the know. I mean it’s dirt cheap (thanks sexist pricing) so really if it can become my go to primer, then I’m saving myself a small fortune and my makeup will last all day. It’s a win-win right?

My skin is still it’s oily, blemish prone self, just with a healthy amount of dehydration thrown in there too (I cannot deal with it right now). I do also have quite prominent pores just underneath my eyes and across my nose so really, I can probably tell you if it’s going to work or not, as I have pretty much every skin concern going for me right now.

Instead of buying this, I just raided my bathroom to see where my dad had dumped it. Lucky me stumbled upon a brand new, sealed Nivea Shave Balm that my dad had obviously tossed aside after opening up some Nivea kit he got for Christmas. His loss, my gain. Now I go about my morning skincare routine as normal, then once I’m feeling ready to get all glammed up, I pour a little into my palms and just kind of pat it into my skin.

If you have a sensitive nose, then the very manly smell won’t go unnoticed. It does disappear as soon as the stuff is on your face so don’t be put off by it. While it’s still tacky, I apply my base as normal. The results you ask? Well I’m in the undecided camp.

There’s no denying this stuff seriously helps my makeup last all day. The amount of foundation I remove is pretty on par with how much I apply. I also can’t say the moisture whack this gives my skin is unwelcome. The only problem I seem to encounter is the fact it lets my makeup settle into my pores. To the naked eye, it’s probably barely detectable, but to my mirror it’s pretty much the only thing I see in the reflection. If you’re naturally oily, then you’ll almost definitely need to powder regularly through the day too. No new blemishes were reported after use though, so this stuff is definitely for the sensitive. It’s not a total win, but it’s not a total loss either. I mean it works pretty fab for my freshly shaved legs.

Have you tried the Nivea Shave Balm either?

A dupe of Benefit Roller Lash?

The £3 Eyeliner that is Holy Grail Material...

This error message is only visible to WordPress admins

Make sure this account has posts available on instagram.com.

Error: admin-ajax.php test was not successful. Some features may not be available.

Please visit this page to troubleshoot.