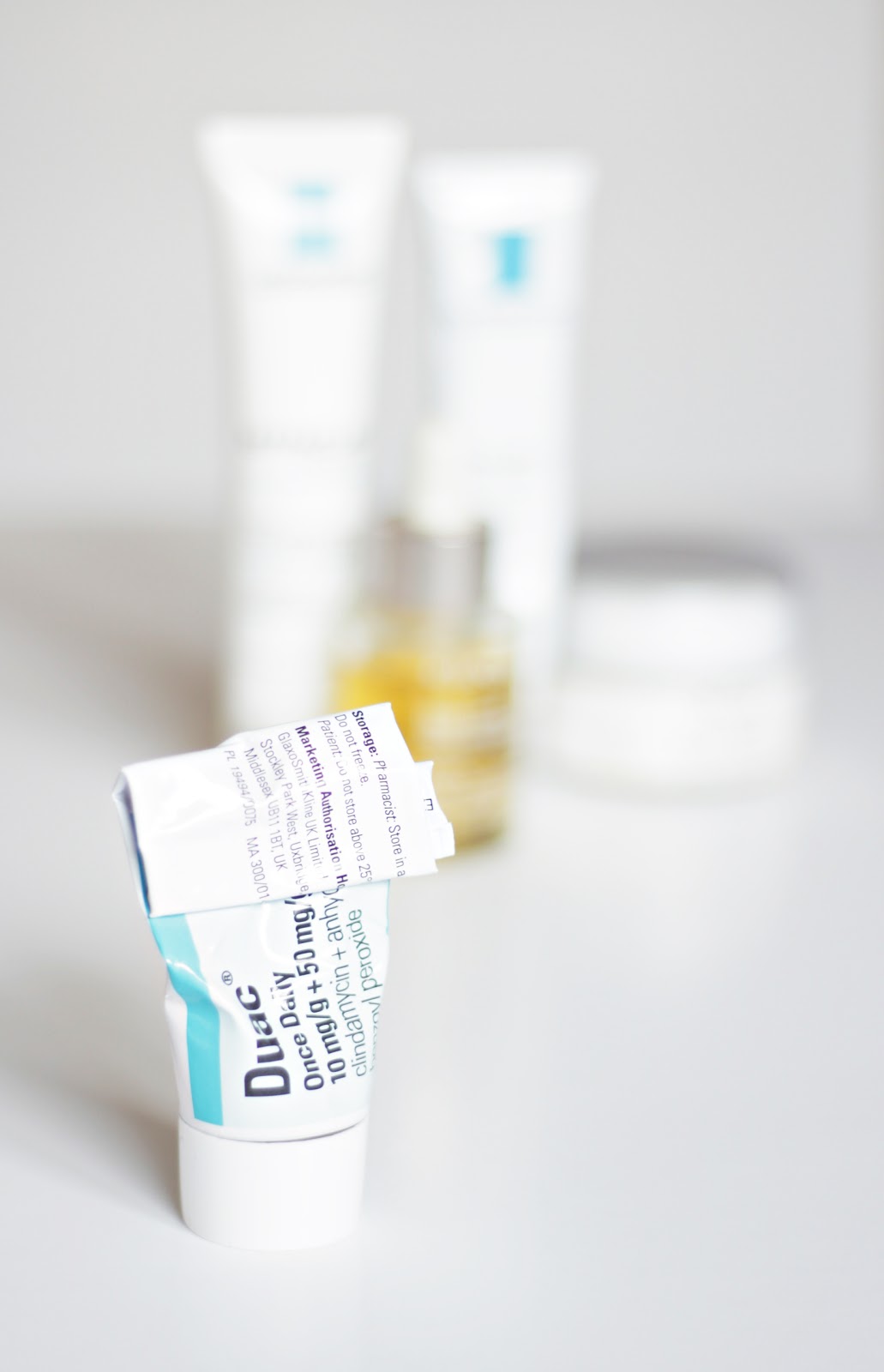 For as long as this blog has been around, my skin has been pretty poor. You might have seen on Twitter around Christmas time, that I finally bit the metaphorical bullet, and plucked up the courage to go to the doctors and ask for help. If I could sum it up in five words – best thing I ever did.

Okay, without repeating myself I’ll give you a brief bio about my skin. I’m blemish prone, oily, sensitive, and dry patches love to pop up here, there and everywhere. Then there’s the pores on my cheeks that resemble moon craters, but that’s another problem for another time. I guess you could say I lucked out on the skin combo lottery. Every skin problem I seem to have, hence why nothing would ever work long term (except Ultrabland).

Back to my story, the doctor prescribed some tablets (tetralysal), and the above cream (benzoyl peroxide). I came off the tablets because I had to take some antibiotics for my eyes and I didn’t fancy a reaction, and these cleared up my skin amazingly, so I haven’t really taken the tetralysal again. The cream though, is everything. I’ve been using this religiously for the past 3 months every evening, as directed, and the thin layer really works wonders. My skin right now is pretty much blemish free, and any breakout is far more contained nowadays, it doesn’t seem to spread like wildfire. The cream is supposed to dry out your skin, but I haven’t found that, it seems to control my oil and parch any blemish that does appear. I don’t know if it’s supposed to, but it’s also fading my scaring.

I guess I also need to say that I was a chronic skin picker. Whenever I was stressed, my skin would bare the brunt. It was almost like I was addicted to making my face red and angry. I knew it was an unhealthy relationship, but I still continued. Now, I can say, it’s probably why my skin was always in breakout mode. I never quite left it alone, and I probably caused 99% of the spots that would appear. Thanks goes to my stye for helping me break this habit. I was obsessed with getting rid of it, that I ‘forgot’ to pick at my skin. Now it’s far more healthier looking, and whenever I get the urge, I pick up the tweezers and pull out a stray eyebrow hair.

The moral of this post is that life is too short for crappy skin, go to the doctors and ask for help. It’s an upwards road from there, and don’t pick. Your skin can’t heal if you’re annoying it. Find a new, more productive hobby.

What do you think of my skin journey?